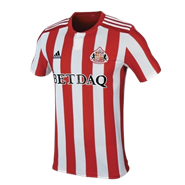 Jack has been at Sunderland for a number of years and broke into the Black Cats’ under-18 side at the back end of the 2015-16 season.

A striker by trade, Jack brings versatility to the squad as he can play anywhere across the front or on either flank.

With bags of pace, Jack settled nicely into the youth team at the end of  his first season well and not only contributed to a number of goals but also scored on a number of occasions.