Oscar Chamberlain
Facebook
Twitter
"I did call it and say it was only a matter of time before these boys would be doing it in the first team."
DEFOE ON DYNAMIC DUO

It took just five minutes on a training pitch in Evian for Jermain Defoe to realise he was in the presence of talent, and it was two teenagers who caught his eye amongst the ranks of senior pros and international stars.

In January 2018 we know all about them, of course, but back in July 2016 they were an unknown quantity hoping to impress, as Sam Allardyce and then David Moyes geared preparations towards a new campaign.

But the duo were on Defoe’s radar within seconds and he knew that sooner or later, they’d be stepping into his shoes. 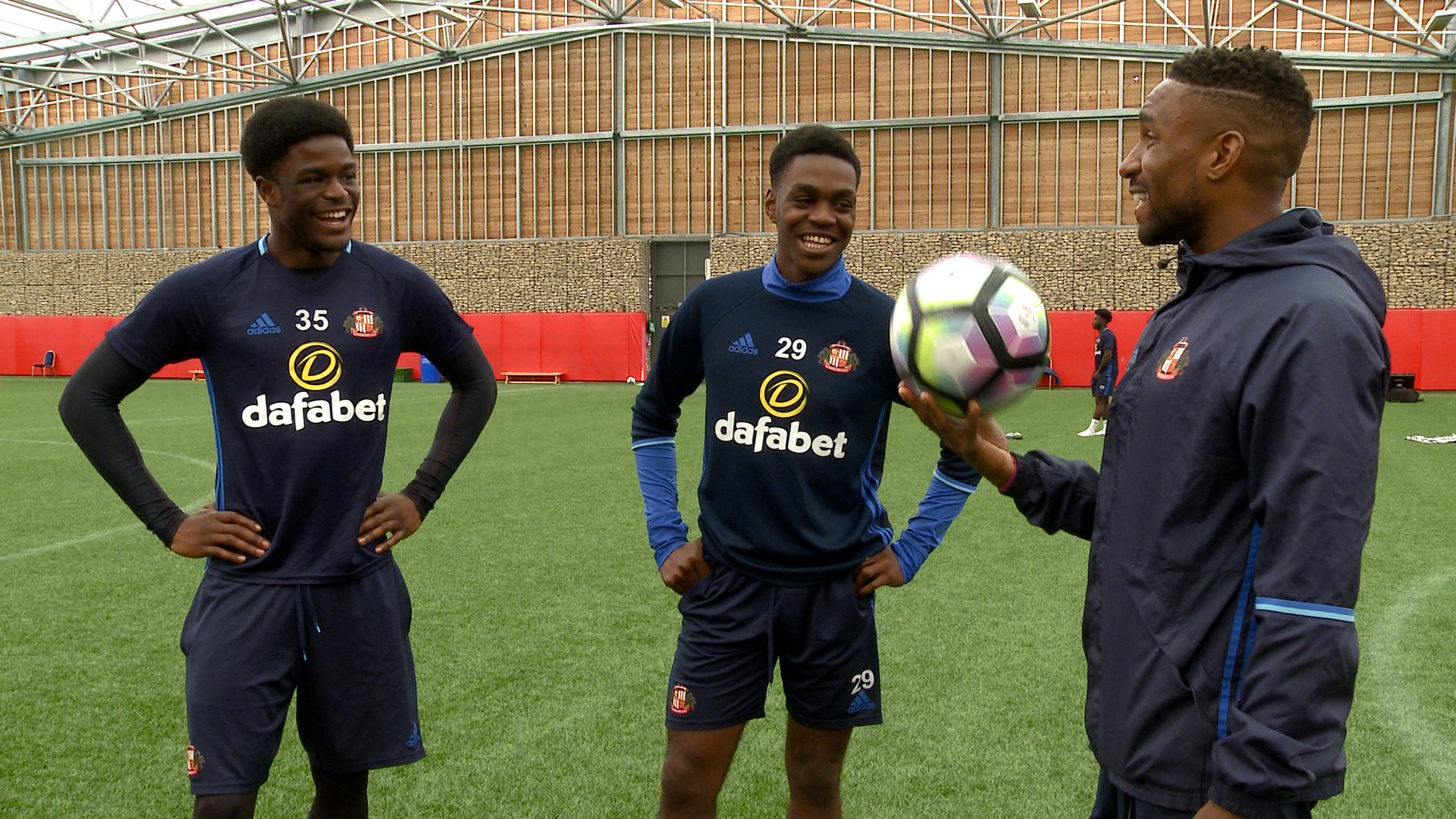 “I remember playing with them both for the first time when we went to France for pre-season,” said the AFC Bournemouth striker. “It only takes me five minutes in training to work out a player and I thought ‘yeah, these boys have got a bit and they can play’.

“They really impressed me and I thought they are going to be the future of the club, so I wanted them to go on and do big things and hopefully any advice I gave them helped.”

He continued: “I’m not surprised to see them doing what they’re doing because at some point I thought they would get an opportunity, and, if they were given a run of games, that they would do well.

“Like I said, they impressed me when they trained with the first team so it was only a matter of time before they would be involved, but the current situation isn’t easy and they are still very young, so the fact they’re performing is a credit to them.

“There are big shoes to fill at that football club when it comes to scoring goals, but when you’re a young forward and you see a goalscorer or a striker leave, you’re rubbing your hands with glee, so in a funny sort of way they’ll have been buzzing to see players depart.

“This is their time to stake their claim and be selfish.” 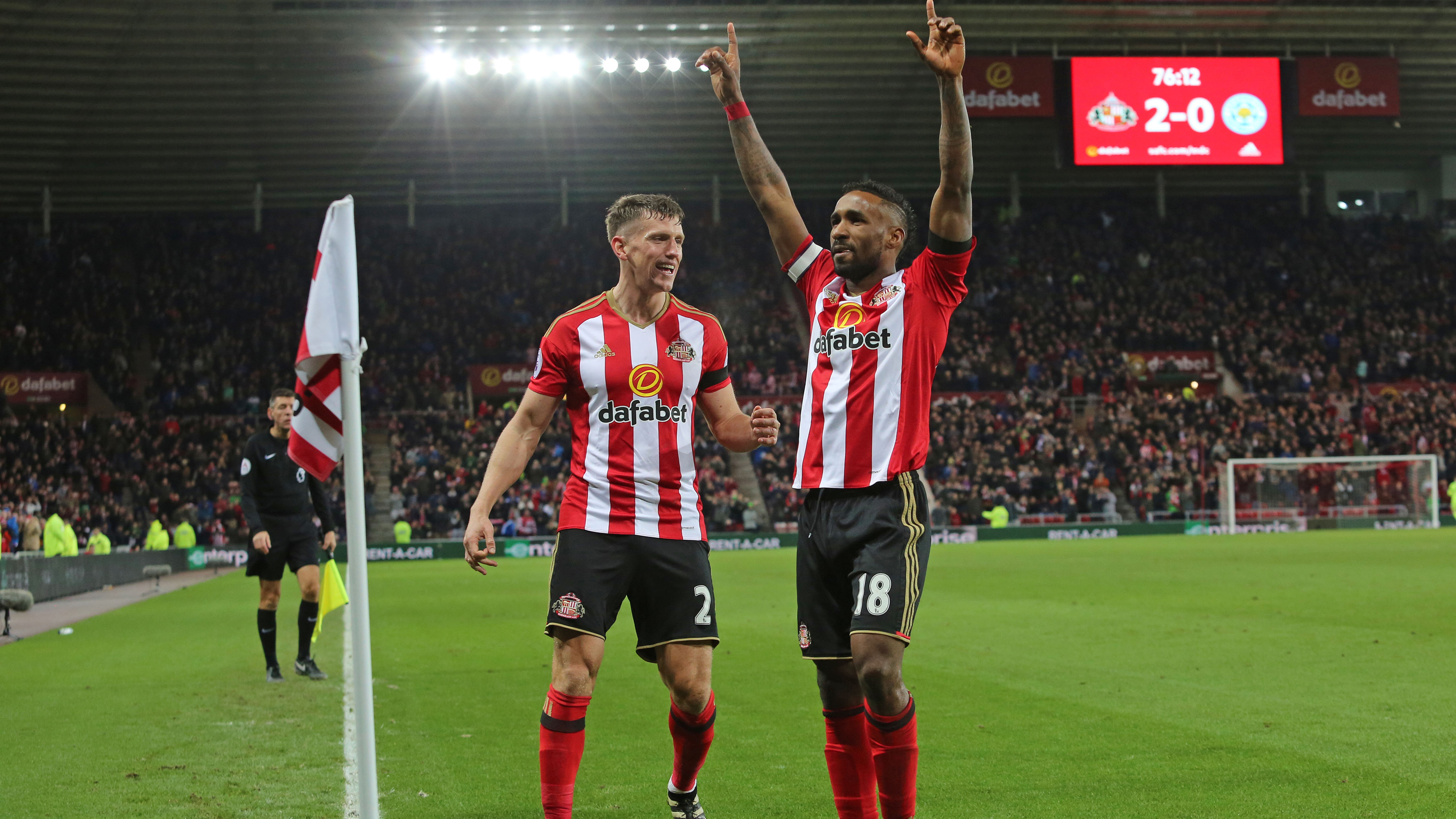 The duo have endured similar fortunes since breaking into the club’s first-team plans, with pre-season cameos and goals preceding a period of patience and hard work.

For Asoro, an impressive showing during the club’s 2016 tour of France proved to be a false dawn, with Maja suffering a cruel knee injury midway through a goal-laden pre-season 12 months later.

Both bounced back, though, and the cream always rises to the top, with Chris Coleman’s arrival providing the catalyst for fresh opportunity as the Welshman attempted to jump-start the Black Cats’ season.

And jump-start it did.

“When you’re young there’s a lot of pressure at any club, but I speak to the lads at Bournemouth and tell them about the Stadium of Light and why it’s such an amazing place to play football.

“For a young lad to come off the bench and score a winner – after people have waited that long for a win – is special, and Josh will never forget that moment no matter what he goes on to do. 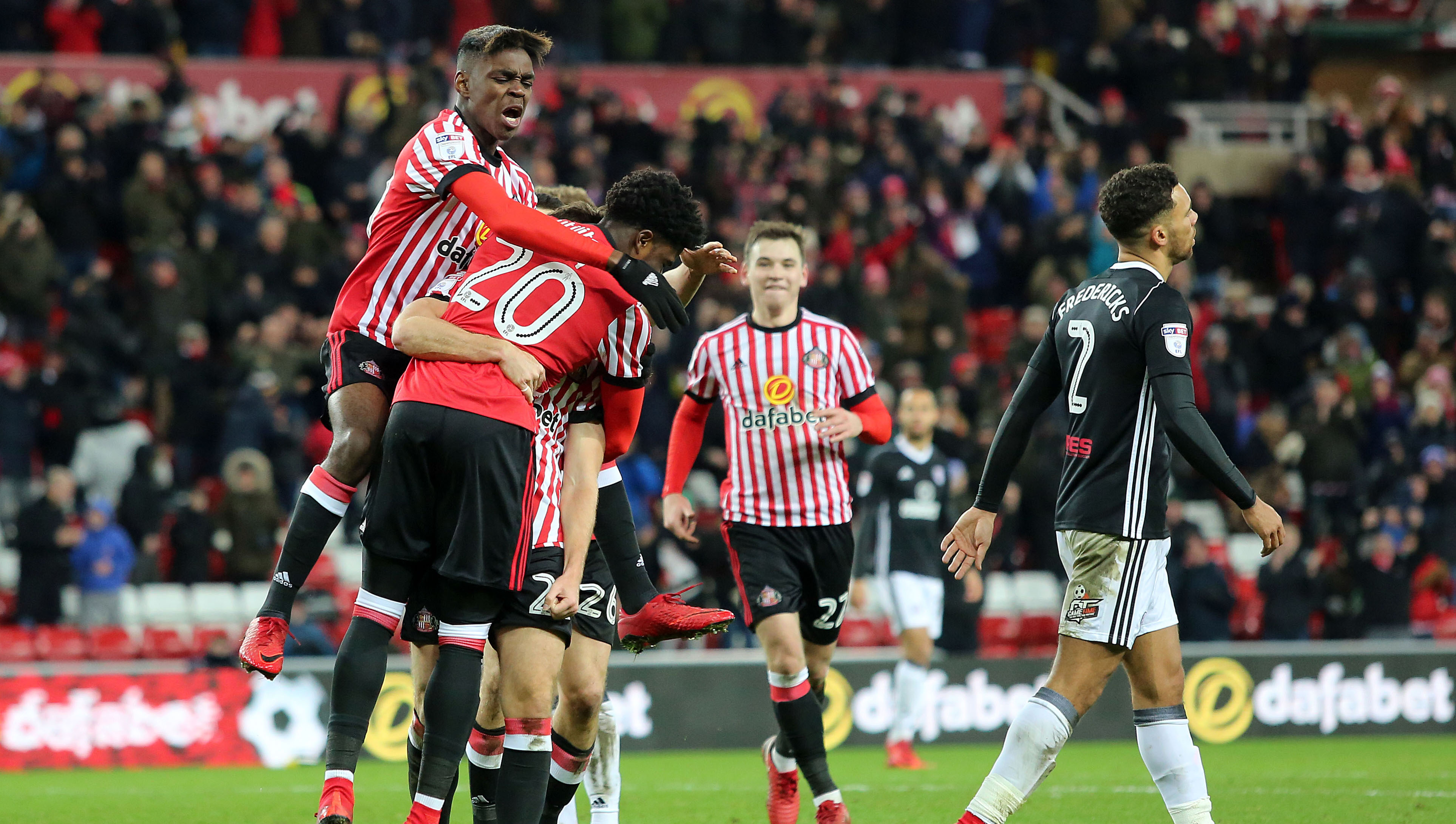 “In any sport, the most important thing is your mindset and having that belief that you can achieve whatever you put your mind,” continued the England international.

“The key for them now is doing that little bit extra and doing things that no one else wants to do – they can’t be content.

“I think it was Mike Tyson that said, ‘you have to do the things you hate like you love them’, and that’s what they have to embrace because no one likes staying late or sitting in ice baths, but if you do all that stuff and leave the training ground exhausted, it will help you be the best.”

My definition of discipline is doing what you hate to do, but do it like you love it.

Both gifted players, perhaps the biggest plus for Coleman heading into the remainder of the season is the difference between the duo when it comes to their individual attributes.

Asoro’s electric pace is a lethal weapon, as Hull City found out last weekend, and he can perhaps fill the void created by Duncan Watmore’s absence, while Maja’s ability to play in numerous systems and read the game offers welcome versatility.

And although the Sunderland boss has made no secret of his desire to sign attacking reinforcements during the January window, Defoe believes the club’s dynamic duo have the ability to make their mark.

“Josh is a quick thinker and if you’re that fast upstairs you don’t need anything else.

“When he trained with the first team he showed such great awareness – he knew when to pass it, had a great touch – and although he’s not got electric pace, he’s two steps ahead of everyone which means he’s got an immediate advantage.”

He added: “Just look at Pirlo, has anyone ever seen him sprint? No, but he doesn’t lose the ball.

“The gift Josh has is rare and if he builds on it, the sky’s the limit.” 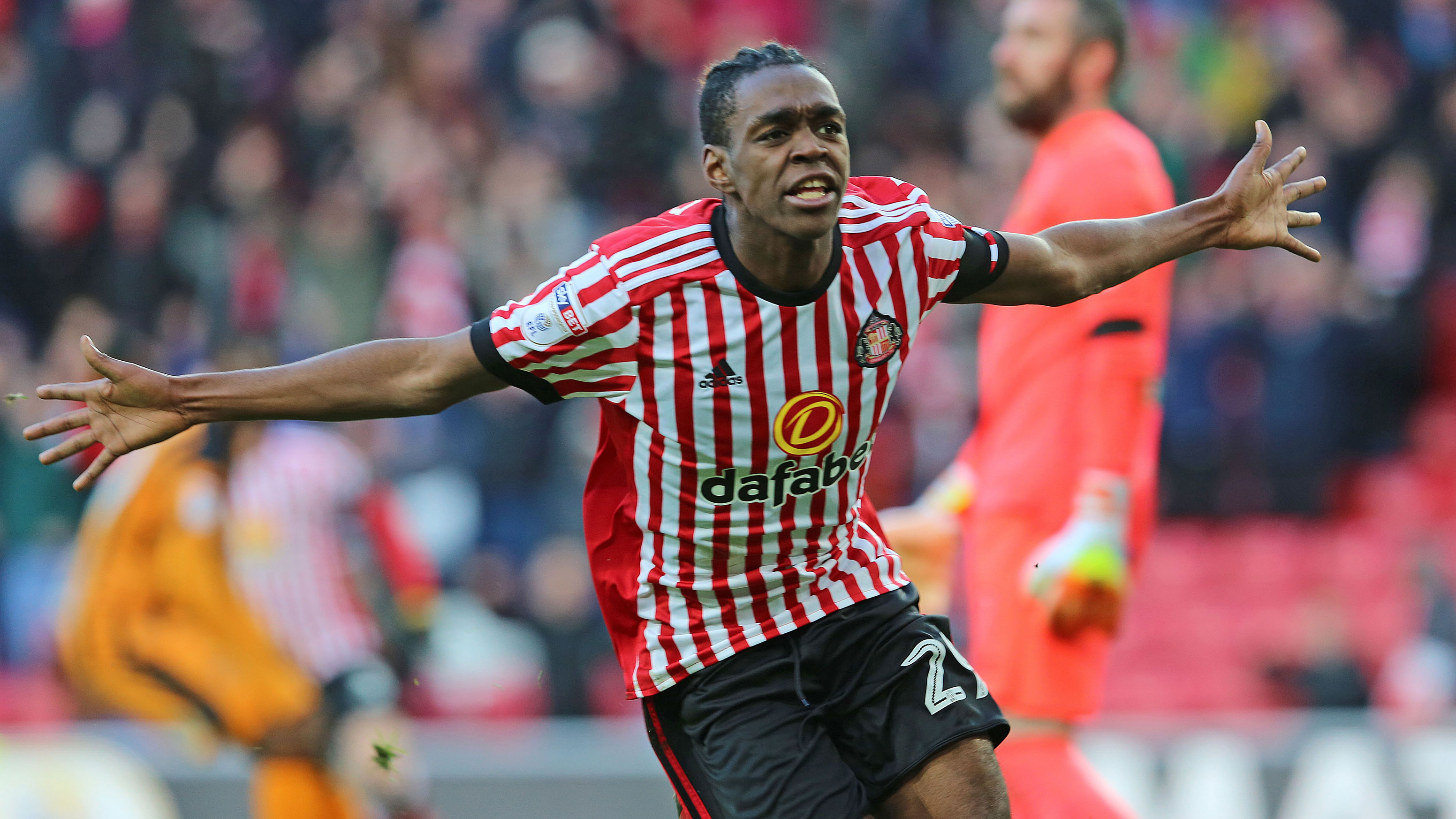 And like Maja, Defoe insists ball is in Asoro’s court.

“Joel, on the other hand, that boy can run! If I was him I’d be watching videos and footage of all different kinds of strikers, studying their movement and finishing.

“I used to watch Ian Wright’s goals on video every single night when I was younger and I can still pause every goal he scores and tell you how he’s going to celebrate – I was doing it the other day and he scored 128 league goals for Arsenal!”

He continued: “That’s what these young boys need to do because it helps you learn the game and understand the importance of movement, being clever.

“I’d be obsessed with it and how it can improve your game because he’s quick already, but now he has to learn to become clever in how he uses it because that’s when you become a player whose team-mates know that one chance leads to a goal.

“He did that on the weekend and it was an unbelievable finish. He’s been waiting for that goal and he can properly kick on now, because let’s be honest there’s no better football club to score goals for.

“You know how much the fans inside that stadium appreciate players who work hard, but if you’re a goalscorer as well it’s crazy, so to be doing it at 18 is something else.

“Me and Leon Britton grew up together and by the time we left Lilleshall we had that kind of relationship where we didn’t even have to talk on the pitch, I was on mute and every time he got the ball we knew what we were going to do.

“Even away from training we were always together and we had this connection, and they’ve got that, so I’m really excited because they’ve got so much ahead of them and, together, they can take this club forward.”