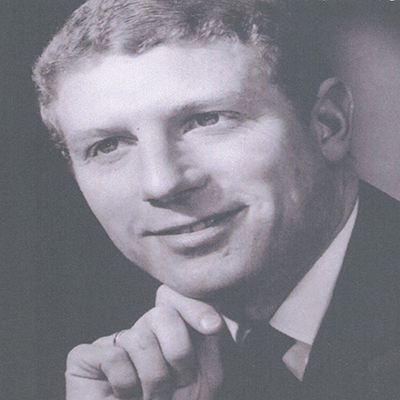 The scorer of two goals on his England debut against Brazil on 9 May 1956, ‘the Singing Winger’ also recorded on the HMV label in the late fifties and appeared on the same bill as The Beatles on 13 June 1963 in Manchester. The Beatles were at number one that week with ‘From Me To You’ which was appropriate for Grainger who set up many a goal with his wing play which was noted for his supreme balance and body swerve.

At Sunderland, sadly Colin was part of the club’s first ever relegation side. He scored Sunderland’s first ever second division goal at Lincoln. In April 1957 he won his seventh and final cap for England while with Sunderland in a Wembley win over a Scotland side that included future Sunderland manager Ian McColl. As well as scoring against the next (1958) world champions Brazil Colin also scored against World Cup holders West Germany in Berlin in 1956. He also twice won representative honours for the Football League.

Grainger’s first six caps had come with Sheffield United who he joined in 1953 after previously signing for 1930s Sunderland player Les McDowall at Wrexham. After McDowall left Colin debuted against Hartlepools United on 24 February 1951. He did his National Service in the RAF before being transferred after just five league games. Grainger made three appearances for the newly promoted Blades in his first season. In 1955-56 he scored for the Blades in a league loss at Roker Park in a season where his side went down. Having dropped into Division Two Grainger scored eight goals in his first five games including a hat-trick in a 6-1 win at Barnsley and had a dozen goals in 21 games at the time of his move to Sunderland for a fee of £17,000 plus reserve winger Sam Kemp going in the opposite direction.

Later after leaving Sunderland Grainger returned to Yorkshire with Leeds. Debuting in a second division game at Liverpool he lined up alongside Jack Charlton, Billy Bremner, who would captain Leeds against Sunderland in the 1973 FA Cup final, and Don Revie who Colin had once joined on the score-sheet in a Sunderland win over Newcastle. Grainger moved  on to Port Vale in October 1961 for £6,000. Four months after joining Vale he helped the Burslem club knock Sunderland out of the FA Cup, starring as Sunderland lost a fourth round replay 3-1 at Vale Park with Grainger having a hand in the first two goals.

After 39 league games and six goals Grainger joined Doncaster Rovers in 1964, playing 40 league games and scoring three times in two seasons before completing a lengthy and eventful career in non-league until 1978 after which he scouted for Barnsley, Leeds, Huddersfield, Oldham, Bury, Plymouth and particularly Sheffield United. For many years he was a distinctive figure in his long maroon coat watching Sunderland Reserves at Eppleton C.W.  In 2019 he released his autobiography, ‘The Singing Winger.’

Rest in peace, Colin. You will never be forgotten.