This Friday at the Stadium of Light, the first-ever Sunderland AFC Hall of Fame dinner will take place, as 11 important figures from our history are inducted.

BBC Look North’s Jeff Brown will be hosting the event, and we caught up with him to get his thoughts ahead of an evening to remember.

“It’s a real honour to be hosting the first Hall of Fame event, as we give official recognition to some of the club’s all-time greats," he said.

“Sunderland has a proud history, and the fact that so many trophies were won in the early years means there’s a danger that some of the pioneers might be forgotten.

“That’s why it’s important to see the likes of the club’s founding father, James Allan, being honoured, along with John Auld from 'The Team of All Talents' and Charlie Buchan – whose career in football, as a player and then a journalist, spanned more than half a century.

“Obviously, no list of Sunderland greats would be complete without Jim Montgomery and Player of the Century Charlie Hurley – guys who, if they’d been playing today, would be superstars, but the same goes for everyone on the list.

“I’ve been lucky enough to have met a lot of the club’s legends, and I’m looking forward to renewing a few old acquaintances, and to giving all the inductees the acknowledgment they so richly deserve.”

Tickets are still on sale and you can secure your seat by clicking here! 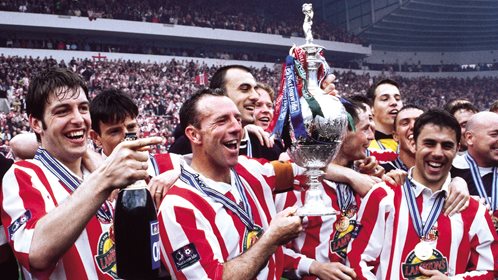